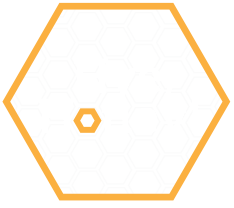 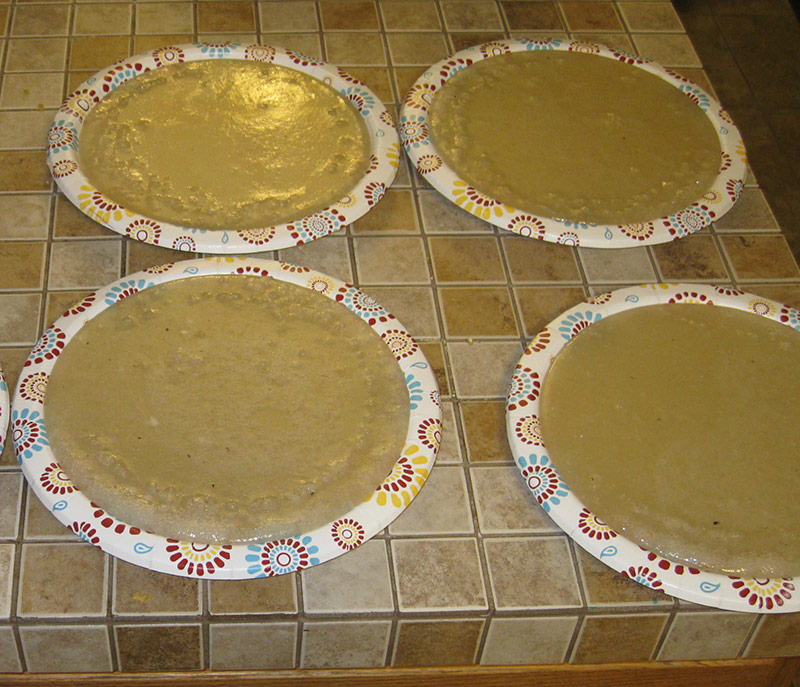 With the weather turning colder, it’s time to switch from liquid feed to solid feed. Apparently, having extra liquid in the hives (even in the feeder above the frames) can chill the hive when the temperatures drop. So, instead of boiling sugar into water to make a simple syrup, we put 7.5oz of water into 5 pounds of sugar and made a sugar cake of it. You can make them in a pie tin, in a full cover, or like we did in paper plates (this seemed easiest to setup and transport, altho I found it difficult to get the cakes out of). We forgot to take a picture of the sugar cakes, but here’s one from the interwebs so you can see what they look like: 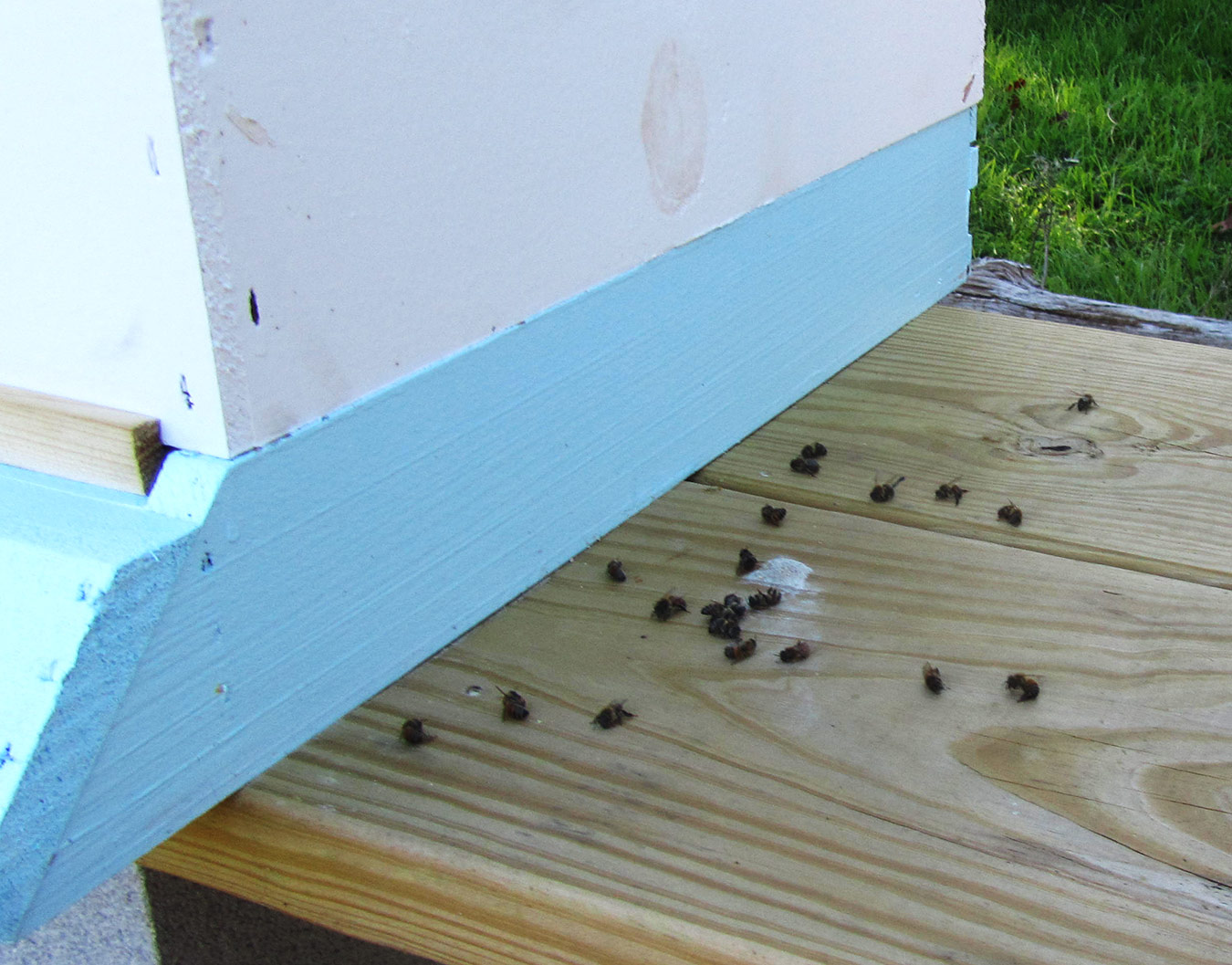 Sadly, it looks like we made this transition a bit too late. It got to 32° Saturday night and over night many of the bees that were feeding on the liquid died. I guess it was bc it was too cold? It only happened in hive 1 and only to about 50 bees, but still, I felt really bad for not having changed out the feed sooner while it was warmer. 🙁

Hive 2 still isn’t doing well…Kona is in there, we got a photo of her…but the bees haven’t built out any new comb, so she doesn’t have anywhere to lay eggs. So she’s laying here and there where there are open cells, but now it’s pretty cold so she’ll probably stop altogether. They do have plenty of honey and we’ll keep feeding and doing what we can, but we’re not hopeful that hive 2 will make it thru the winter.

Hive three is very strong tho; they’ve built out most of the second box, so that’s good. They’re really strong foragers. Hive 1 is strong too, but they tend to rely more on our feeding than on forging. That might bode better for them in the winter. Guess we’ll see.

Was a sad day at the hives with the dead bees and hive 2 not growing like we’d hoped. Still, it’s only been 21 days that she’s been active in the hive, so maybe those larvae will hatch this week and help make the hive stronger. Fingers crossed.